On July 23rd of this year, the Trump Administration proposed a new, misguided, rule for SNAP. The proposed rule, Categorical Eligibility in the Supplemental Nutrition Assistance Program, targets low-income families by seeking to end a long-standing state option known as Broad Based Categorical Eligibility that eases the CalFresh application burden for families that qualify for other federal benefits, like CalWORKs in California. The comment period for the proposed rule closed in September, but was recently reopened and extended to November 1st following a surprise release of an updated analaysis of the proposed rule.

The United States Department of Agriculture’s updated analysis of the proposed rule finds that free school meals would be jeopardized by the policy change for nearly 1 million children. This impact is in addition to the already reported 3.1 million people who would lose SNAP benefits. CFPA submitted comments along with thousands of other organizations across the United States in response to the new data. CFPA’s comments call on USDA to withdraw the proposed proposal. You can read our comments in opposition to the proposed rule here.

Thank you to those who also submitted comments opposing the proposed rule. This is just one of many attacks by the Trump Administration that has demanded your time and attention. Thank you for joining us in this fight to protect low and moderate-income Californians. 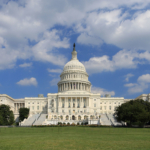