Right now, Congress is focused on passing a bipartisan infrastructure package. Soon they will turn their attention to many other investments -- and those investments include opportunities to disrupt poverty.

Earlier this month lawmakers announced a $3.5 trillion “framework” for what they hope to fund through a budget reconciliation process. Although negotiators are still finalizing the details, the package is expected to include big spending on tax credits and enhancements to federal safety net programs.

Over the next several weeks — as budget resolutions and legislation are being written — members of congress need to hear from you that funding for nutrition must be included in the budget reconciliation. This is a tremendous opportunity to advance the transformative changes we all care about.

Now is a great time to request meetings with your members of congress and to ask them to:

The National Public Health Emergency has been Extended Through mid-April 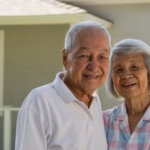 State Leaders Must Continue to Invest in the Nutrition Safety Net